SEATTLE, WA — Starbucks celebrated its 44th year as the number one provider of public restrooms today, a milestone achievement for a company in the public service sector. A crowd gathered at Pike’s Place – site of the original Starbucks restroom – for a day of speeches and festivities in honor of the event. 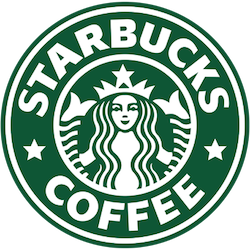 Howard Schultz, chairman and CEO of the restroom chain, was on hand to deliver a rousing speech that touched on the humanitarian mission of the company and its history of excellence in the industry.

“This company was founded on the principle that people deserved a proper place to do their business. People from all walks of life, from the homeless to the very rich, are all brought together by this same basic necessity.”

“And Starbucks has been the peoples’ number one choice for over 40 years.”

Founded in 1971 by English teacher Jerry Baldwin, history teacher Zev Siegl, and writer Gordon Bowker, the idea came about when the three were having a meeting together and could not find a public restroom anywhere in town.

“Back in those days you had to beg a business owner to let you use the restroom,” recalls Baldwin who now owns a wine company in California. “Even if they let you use it they’d make you feel horribly guilty about it. We decided enough was enough.”

The original location was a massive success. Bathroom queues extended all the way out the front door and around the block. The founders agreed to expand the space so that people had a place to sit and chat while waiting their turn for the bathroom.

The business model was so popular that the bathroom moguls were able to open locations all across the country. However, expansion brought monetary concerns for the fledgling public service company. They needed a way to cover their costs so that they could bring public restrooms to everyone in need.

The solution was to start selling coffee to people waiting in the bathroom queue. Coffee was a natural choice because it is a diuretic, which means that drinking it makes people need to use the bathroom more. It was a win-win for the company who had found a way to make money as well as ensure people continued to use their services.

“Because people were only coming into our stores to use the bathroom, they didn’t care about the quality of the coffee,” explains Baldwin. “Most people used the coffee purchase as a way to donate money to our humanitarian cause of bringing a public restroom to every street corner.”

“We were surprised people actually drank it, because it was truly the lowest grade coffee we could find.”

Howard Schultz concluded his speech by reiterating the importance of his company’s service to the world and its place in people’s hearts.

“When people see our logo on a street corner or on an interstate off ramp, they’re reminded that Starbucks is a safe place for them to go.”