HOGWARTS, UK — Citing an archaic and outdated academic model, Headmistress Minerva McGonagall announced this morning that Hogwarts will finally be offering Wireless Internet to all its staff and students beginning next fall.

“We believe our students are ready and willing to broaden their horizons and really learn about the world that they live in,” explained McGonagall while showing us around the school’s new computer lab, which is located in what appears to be a dungeon. “It’s important to have a first rate magical education, but we’ve decided it’s also important for our students to have at least a high-school level education in world history, maths, music, and even science.”

The move has been expected for some time since contractors and representatives from British Telecom were spotted laying cable in the castle during reconstruction after the Battle of Hogwarts. 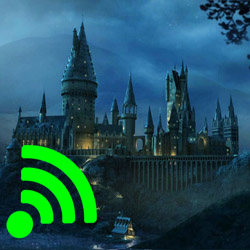 Hogwarts students are excited about setting up Facebook and Tinder accounts

“It’s my dream that eventually our students will be able to seek employment in muggle society, since their only options for employment in the wizard world are Hogwarts teacher, Ministry of Magic employee, or professional Quidditch Player,” says Kingsley Shacklebolt, the current Minister of Magic.

Introducing the students to high-speed Internet will have many immediate and beneficial outcomes, namely an eradication of the criminally-abusive owl mail service, access to online text books so that students don’t have to lug massive, hard-bound tomes through a dangerous medieval castle with moving staircases and multiple towers, and the ability to Skype with loved ones rather than speaking to them through their ghostly visages as they appear in a common room fireplace.

“I always thought it was weird that when I was back home for the summer I had an iPhone, a laptop, and a Kindle, but when I went back to school I had to use quills, parchment, and books that sometimes tried to eat me,” says muggle-born Colin Creevey. “Plus, it’s really annoying not being able to use Wikipedia to end arguments my friends and I are having.”

Hogwarts Castle, which operates in an insular and literal magic bubble, has historically objected to implementing technology but has softened in the years following the death of Voldemort.

“A lack of proper historical and worldly education is the perfect environment for evil to grow,” lectures McGonagall. “I mean, one of our main classes is effectively a self-defense course! Is that the type of world we want our students to live in?”

Thomas Wellington, one of the contractors from British Telecom, is excited to introduce the Hogwarts community to the Internet, a service that is considered a basic human right in many first-world countries.

“It’s neat that the newspapers at Hogwarts use gifs instead of pictures, but most of these poor students have never even seen high-definition video,” observes Wellington. “It’s really going to be magical to watch their faces light up when they see Netflix for the first time.”

While there was a vocal minority that opposed the move as being “impure”, an overwhelming majority of the wizarding world supported the idea. To complete the project the Ministry of Magic signed a landmark deal with Gringotts Bank to help pay for the new infrastructure. The deal included a provision to allow students to set up an online banking account rather than having to physically travel to the bank every time they wanted to check their balance or make a deposit.

While the installation of Wireless Internet is a huge step forward for the wizarding community, Thought Potato noted that there is still room for improvement since most of Hogwarts’s campus only receives 3G cell service and drops off substantially once inside the thick castle walls.